Shochu is not Sake. Basically. 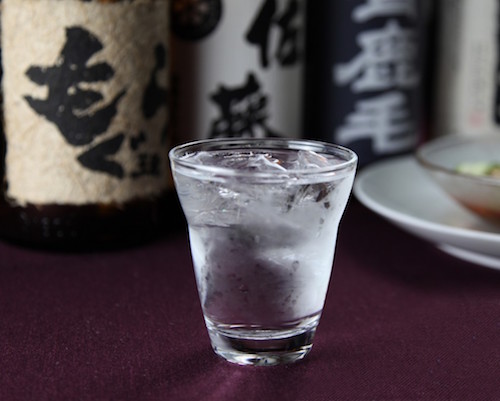 Sake may be the alcohol from Japan with the most fame, but it is certainly not the only game in town when it comes to home-grown brews. If you’re not the type to appreciate the nuanced flavors of sake, or are just in the mood to try something different and more potent, skip the nihonshu (what Japanese call “sake”) and go for a shochu. You’ll be glad you broadened your horizons.

On the scientific front, nihonshu (sake) is fermented, while shochu is distilled. However, this is not 100% always the case, as the Ginjo and Daiginjo nihonshu varieties are allowed to have a certain amount of distilled alcohol added. In terms of heat, nihonshu generally clocks in near where a wine made from grapes would fall, at around 15%. Shochu, on the other hand, is usually 25%, but sometimes even higher, making it closer akin to a spirit than a wine. And what spirit might it be approximated with? That all depends on what type of shochu you are talking about.

Whereas nihonshu is always made from rice, shochu is principally available as either a wheat-based or sweet potato-based brew. A rice sourced shochu also exists, and it is this one that naturally tastes closest to nihonshu, albeit a stronger version. The wheat shochu (“mugi shochu”) gets a bit of a nice, earthy flavor, whereas the sweet potato one tastes vaguely like a sweeter, slightly less potent version of vodka. There are a number of other, less popular but still enjoyable varieties out there like a black sugar shochu and a shiso leaf shochu.

There are three common ways people enjoy shochu. Purists will go for it straight out of the bottle and onto a few ice cubes, but you shouldn’t feel pressured to follow along. It’s perfectly acceptable to mix it with oolong tea, or to dilute it with some hot water for a cold night. A more unusual but also delicious way is replacing the plain hot water with hot water in which soba noodles were cooked. This works especially well with mugi shochu, as a marriage of the wheats can occur. Cheers!

Previous
Sake: A Rice Wine by Any Other Name is Probably Not the Same
Next
Sansho Pepper is Nothing to Sneeze at
Guest user.
Log in・Sign up